A tribal community known as Longpfuru Yimchungru who lives near Mt.Saramati, on the Indo-Burma border practice bat harvesting as an annual ritual. This age old practice is followed only by a particular clan called Bomrr, and is claimed to be in practice for more than 400 years. The Bomrr clansmen have the exclusive right on bat harvesting and no other clan members are allowed to take part in this ritual. The Bomrr clan are spread across 9 villages out of which few of them are in Myanmar. 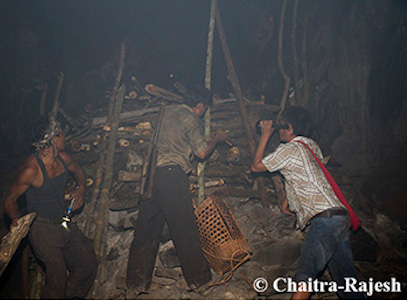 Bats are very significant within the Bomrr clan so much so that any influential or important leader of the clan is privileged to be buried with bats in their cave. The Bomrr people believe that only if they practice this harvest every year the clan members will be accepted in heaven by their ancestors. They also believe that bats have a medicinal value which cure ailment such as diarrhea, vomiting, improved virility etc.

Immediately after the end of monsoon the harvesting is performed based on the date decide by the clan’s witch doctor. The harvest is carried out every year primarily in a cave known as Lapkhun Cave (Bat Cave) which is wholly owned by the Bomrr. The access to this cave rests only with the clan members and no outsiders is allowed to enter the cave. The process lasts about 3 days in total and is participated by about 30-40 people including men and women. The harvesting is done by smoking the whole cave thereby suffocating the bats to death. The dead bats are then collected and shared between clan members and their friends outside the clan for feasting. 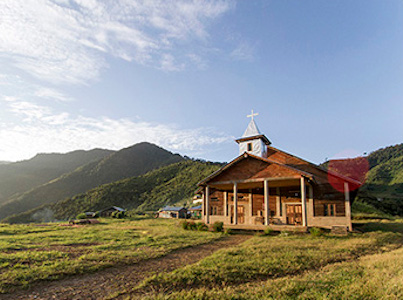 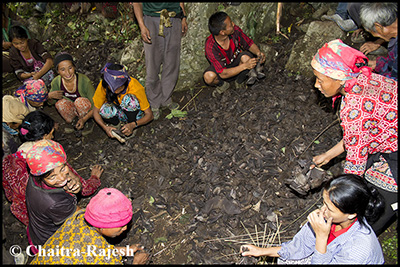 The primary species of bats being killed due to the harvest is Leschenault’s Rousette (Rousettus leschenaultii) while few Great Himalayan Leaf-nosed Bat (Hipposideros armiger) also succumb. Though these species are categorized as Least Concern by IUCN Ver 3.1 category, the local population in the region is at risk due to unregulated and unscientific hunting. The previous harvest in October 2013 resulted in more than 12,000 bats being killed. Based on our interactions with the clan members the bat population for last couple of years indicates a sharp decline. If this continues for another few years the bats could be almost wiped out from this cave/region.

The Leschenault’s Rousette (Rousettus leschenaultii) is a fruit bat which plays a crucial role in seed dispersal and pollination thereby contributing extensively towards regeneration of the rainforest ecosystem in the region. Drastic decline in their population in this region could affect the ability for forest regeneration which has already been affected by unregulated Jhum cultivation. The Great Himalayan Leaf-nosed Bat (Hipposideros armiger) is a large insectivorous bat which helps in regulating the pests affecting the Jhum cultivation and the forest ecosystem.

For the Bomrr clan this harvest is an age old tradition and has serious spiritual significance. The leaders of the clan are not willing to give up this tradition and do not accept the impact this harvesting will have on the bat populations as well as on the ecosystem. In a region where hunting and consumption of bush meat has not just been a tradition but a way of life, finding a right balance between culture and conservation is quite challenging. 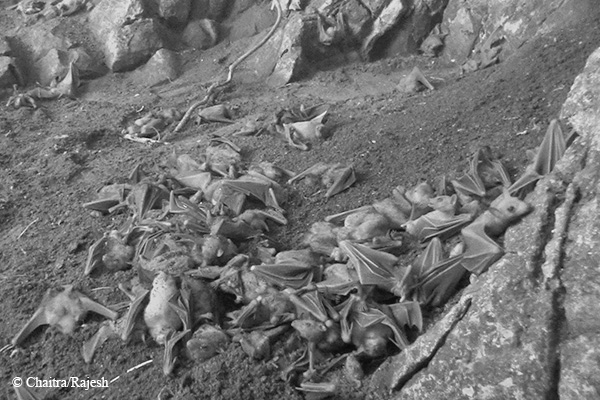 As responsible denizens we strongly believe this harvesting has to cease while respecting traditional practices and spiritual significance’s of the tribes. It is vital to educate and make aware the larger benefits for the community and the ecology they live in while meeting our objectives. At Bat Conservation India we strongly believe this can be achieved through multi-pronged approach and by providing suitable alternate options. Some of the solutions planned are as below; 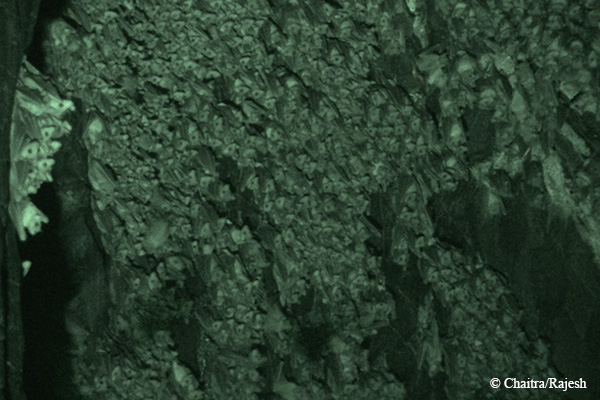 The primary species of bat [Leschenault’s Rousette (Rousettus leschenaultii)] being harvested is a fruit bat which is categorized as “Vermin” (pests) under Schedule V of the Wildlife Protection Act, 1972. As such this hunting is not considered illegal resulting in inability to take any legal action by the concerned authorities.

How can you contribute to this project?